Kerala, God's own country, added another first to its cap in 1967 when a Department was set up in the Government sector for the first time in India for the conduct of paper Lotteries. It was late  Shri. P. K. Kunju Sahib envisaged this idea for the generation of revenue through the sale of lotteries and for providing a stable source of income to the poor and needy belonging to the marginalized section of society. 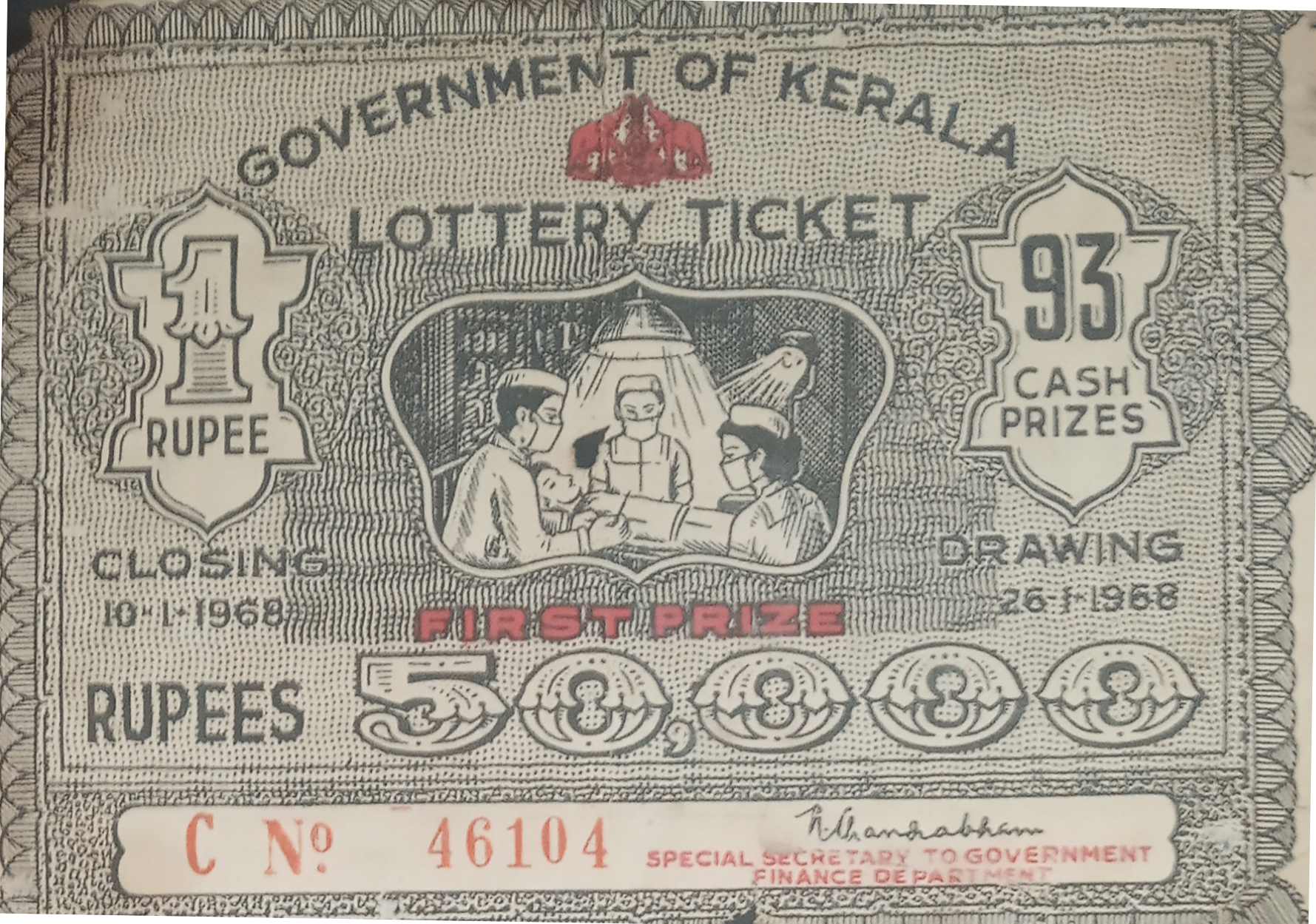 In the year 1967, September 1 Department started functioning with  Shri. P. K. Seydu Mohammed as the founder Director released the first Lottery Ticket of Kerala with a cost of Rs 1 after declaring of Rs 50,000/-as the first prize. The first draw was conducted on 26.01.1968.
Soon many other states followed suit by organizing lottery tickets of their own. However, Kerala State Lotteries continue to stay on top in terms of revenue generation, job creation, credibility, transparency, and reliability in the conduct with proactive measures taken to safeguard the welfare of poor and hapless agents.
The department conducts seven weekly lotteries in a week and 6 Bumper Lotteries in a year along with a monthly Lottery for each month. Apart from having a Directorate situated in Vikas Bhavan, Thiruvananthapuram, and a Joint Director Office at Ernakulam, it has 14 District Lottery Offices and 21 Sub Lottery Offices in addition to an office of Regional Deputy Director for Audit in Kozhikode. Under the Ministry of Finance, the Department of State Lotteries comes under the administrative control of Taxes(H). Secretory to Government, Taxes Department, Government of Kerala, is the authority specifically appointed by the Government to organize Lottery and to regulate the sale of other state Lotteries within the State.